Plus a few animals and lots of hiking in the tropical heat!

When we last left off with the blog, we were enjoying our very cheap accommodations and pool in Aranyaprathet Thailand. After a couple relaxing days there we headed off to the border and on to Siem Reap in Cambodia. We left Aranyaprathet early in the morning prepared to fight off people at the border. From everything we had read and what we had heard, this border crossing is one of the most infamous in the world for scams and ripoffs. True to our expectations, instead of taking us to the border crossing we were dropped off in front of a very official looking office and were told we needed to purchase our Cambodian Visa’s there. However, we weren’t duped and headed off on foot to cross the border and purchase our visas once we actually arrived into Cambodia. We were hassled by a few other people on the way, but honestly it wasn’t as bad as I expected and we were out of Thailand and into Cambodia in less than 30 minutes. Maybe, we just started looking a bit fierce after traveling for a long time, so no one wants to mess with us, ha! Plus, once we got across the border, we learned that the government provides a free shuttle to the next town, so no need for a taxi or tuk-tuk. We then boarded a relatively comfortable mini bus for a two hour ride to Siem Reap. We also got to feel like smart and savvy travelers after learning that everyone else riding on our mini bus had been scammed or overpaid for something during their border crossing adventures. 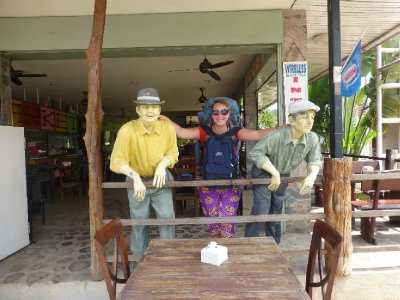 We arrived to Siem Reap without incident, and were struck immediately by the obvious poverty in Cambodia. It is a big change from Thailand, and Siem Reap was dirtier and louder than I expected. However, all the people we meet here are always smiling and happy to chat. It is a bit off topic but I also have to add that Cambodia is listed as country # 158 in the Global Corruption Index, and we got to experience this first hand while exploring temples: a police officer actually tried to sell me his badge. (I declined, but still think it was pretty funny). Anyway, we stayed at HI Siem Reap Hostel, and enjoyed it there. We spent the next two days exploring the old Angkor temples in the area, and honestly you could spend a week here and probably not see everything. The temples and statues were amazing, and nothing like I have ever seen before. However, the heat here can be pretty exhausting, so we were forced to relax early in the evenings to enjoy some cool drinks and $3 foot massages. Plus we did see some of the nightlife in Siem Reap, (Including a lady boy show) as it is a big destination for young backpackers and can get pretty lively at night. 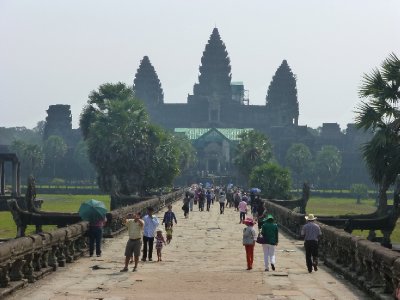 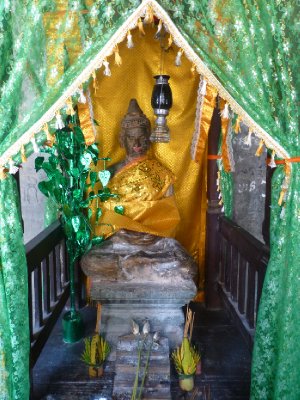 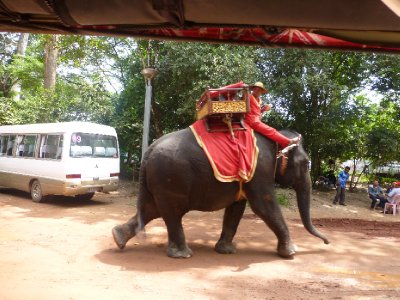 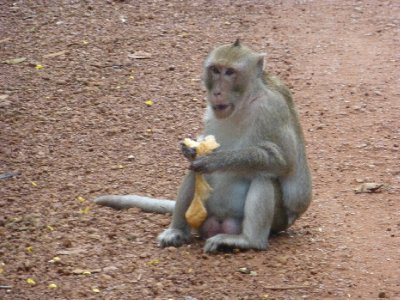 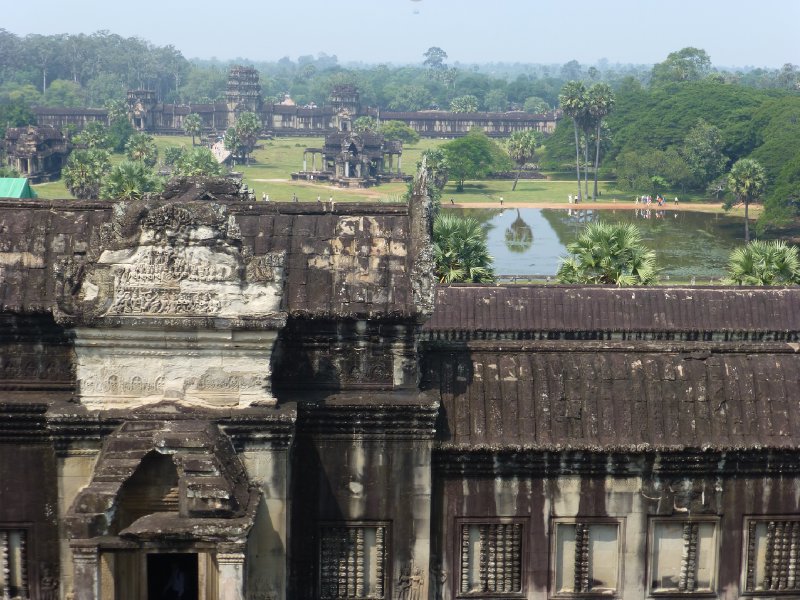 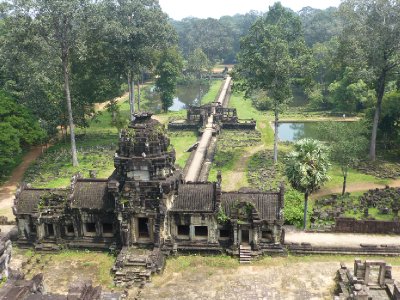 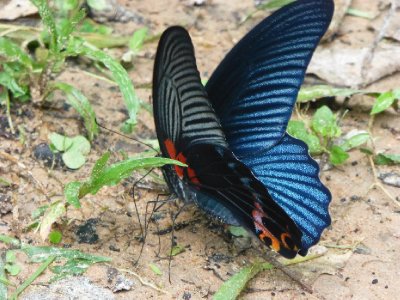 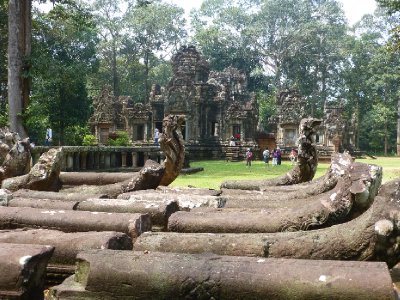 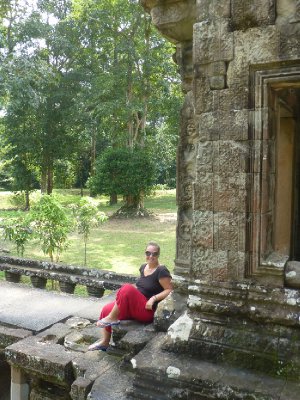 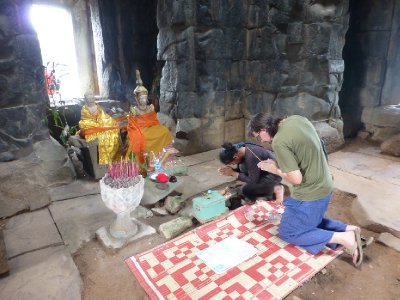 After 3 nights in Siem Reap we headed down to Phnom Penh on a 6 hour bus. We were originally thinking of going back to Thailand and then further south to see the beaches there, but our plans have changed yet again. Although we are still really enjoying our travels, it looks like we will be coming back to the states in about a month. (Which is earlier than we had planned) There have been some ongoing problems with our rental houses, thanks to the negligent people we managed to hire, and at this point we have decided it's best to come back and deal with everything in person. Although we may still continue our hobo/traveling lifestyles after everything is resolved. That being said, we are excited to return home in a month and see everyone we have been missing. Plus, now that we are planning a final end date to this trip, we are making sure not to waste a moment of the time we have left in Asia. We arrived in Phnom Penh a couple days ago and really only planned to stay long enough to get our visa’s situated for our next country, Vietnam. However, it is a holiday here so everything was put on hold for a day and we just enjoyed the riverfront here in the city and did some exploring, there is not really much to do here as opposed to Bangkok. We were successful this morning at getting the visa process started at the Vietnam Embassy, and are hopeful to have our passports back tomorrow with 30 day visas included. If that is the case, we will be off to Ho Chi Minh tomorrow or the next day, and will get to spend quite a bit of time exploring Vietnam and what looks to be a very nice coastline. So even though our plans have changed yet again and we ended up spending more time in Cambodia then we had originally wanted, we have seen some really interesting sights and have found that a lot of times the unplanned places and events are the most memorable. 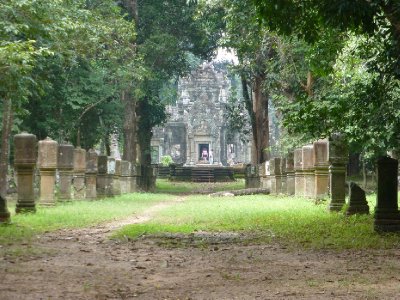 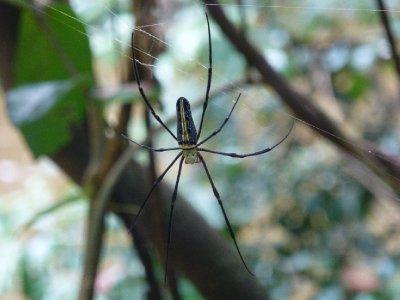 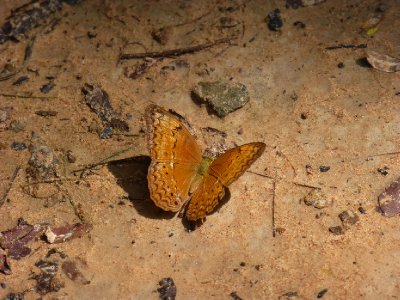 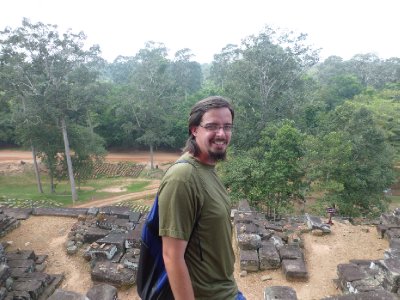 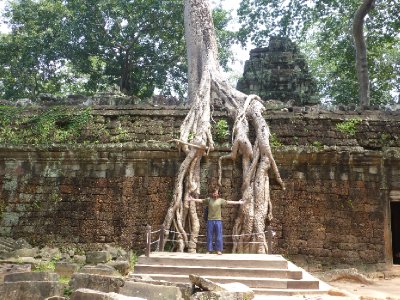 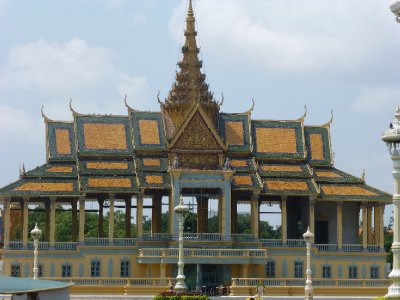 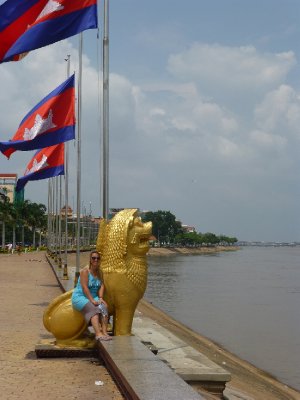 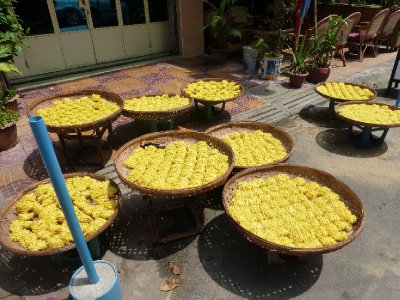 Posted by Drifters 02:17 Archived in Cambodia