The Sights and Lights of Korea

Getting to catch up with an old friend

After spending an exciting couple of weeks in Mongolia we were ready for our next destination. Since we have finally made it to Asia, I thought it would be nice to make a stop in Korea, mainly because a friend of mine who I very rarely get a chance to see anymore lives in Incheon. Plus, Korea doesn't seem like a real popular tourist destination, at least not for Americans, so I figured we might get to see some new and different things. We flew out of Mongolia early, on a relatively short 3 hour flight to Seoul. Upon arrival, we managed to make our way through the subway and train system here and find Mike's apartment, although he was still at work. (The metro here has got to be one of the cleanest, quietest, and most extensive in the world.) We posted up in a coffee shop for a few hours and waited for Mike to get home to greet us and graciously give me an extra key to his apartment. Anastasia and I were still pretty exhausted and dirty from our trek in Mongolia, so we were just happy to be able to shower and relax in a comfortable place for the day. However, we did manage to go out for a bit that first night to try our first of many delicious Korean meals, and on the way back home, we strolled through a huge food market in Incheon. 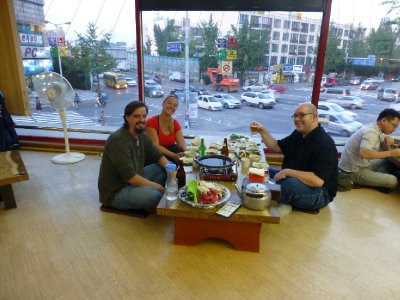 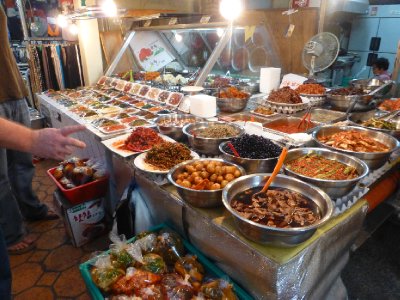 Conveniently we arrived to Korea on a Friday, so our host had the next couple days off to play tour guide and show us around. It is hard to believe Mike has been living here for almost 5 years now, but it was definitely helpful to have someone here who knows the area and can speak Korean. During the next day, we headed over a few metro stops to visit the fish market in Incheon, which I think is the largest in Korea. It was quite an interesting experience just to see all the different types of seafood they have here. Plus they keep most everything alive, right up until the time comes to eat. We had a great meal of different types of clams, oysters, and shellfish, and were entertained the whole time because like many restaurants in South Korea you cook your own food at a grill right in the table. After spending a few hours in the afternoon catching up with Mike, we headed out to meet up with some of his friends and get a taste of the nightlife here in Incheon. I don't need to go into everything that happened, but I will say that a lot of Soju was consumed, I got to experience my first trip to a Norebang, (It is very popular in Korea and is basically Karaoke, but each group has their own room) and a good time was had by all. 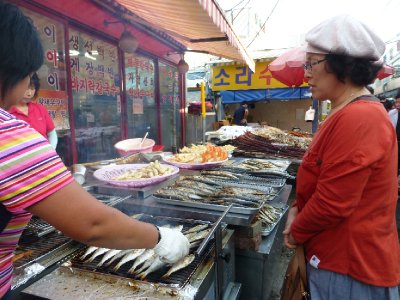 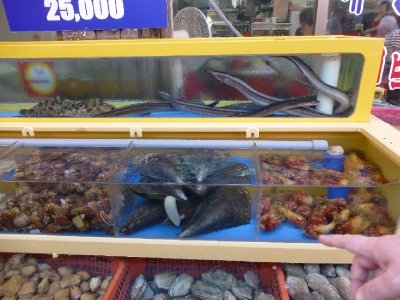 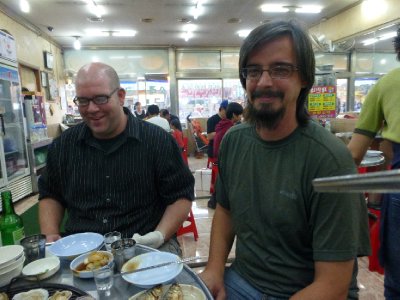 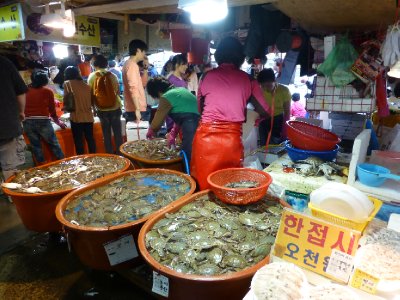 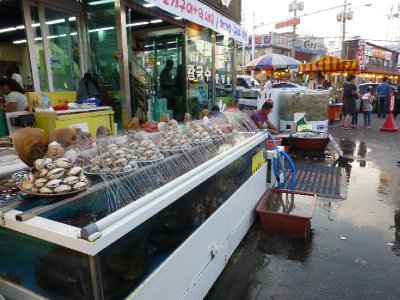 Needless to say, we got a bit of a late start the next day, but in the afternoon we headed off to nearby Seoul. We went to Gyeongbokung Palace, and watched a number of different street performers while wandering around the city, we even happened to come across a group of tents where they were handing out free Makkoli, Korean milky rice wine (Definitely the first time I have seen free and unlimited alcohol given out in the middle of a city square) We headed back to Incheon and had a fantastic Korean barbecue dinner of ubiquitous pork belly (Yam!). The next couple days, Mike was back to work and we spent most of our time relaxing and wandering around the streets of Incheon trying all the different snacks we could find. We spent a nice afternoon in Chinatown, although compared to the one in New York it wasn't too impressive. Then after feeling totally recharged, Anastasia and I headed off to explore more of the country, and give Mike a few days break from our constant presence in his apartment. 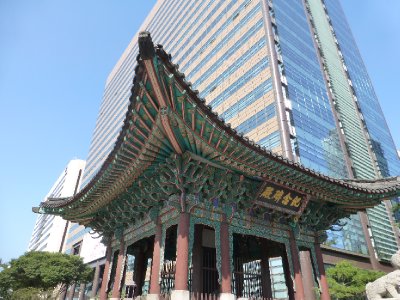 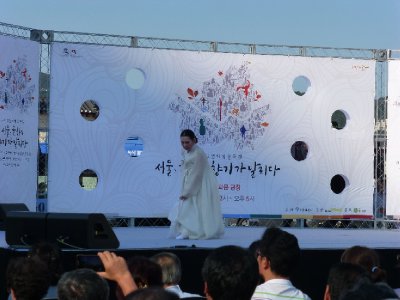 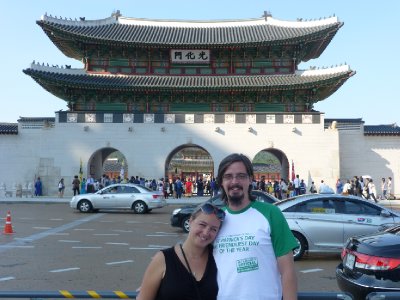 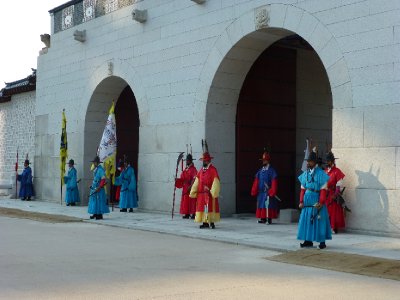 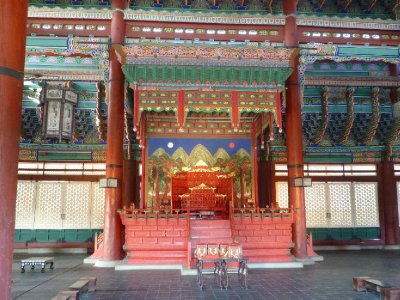 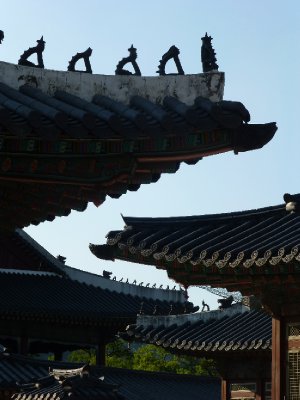 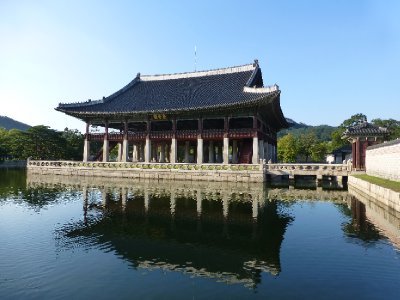 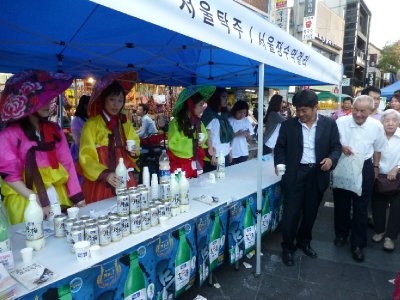 We went first to Busan, which is about 5 hours ride by bus to the southeast coast of Korea, to spend a couple nights. We stayed at the Apple guesthouse in Busan, which is new and one of the best hostels we have seen yet on our travels. While we were in Busan we visited yet another fish market and tried another new dish of lake eel. (There seems to be a common trend with food here) It is definitely harder trying to order food and get things done without our handy translator Mike, but most of the people we meet have been very patient with us and are quite understanding. We visited Geumgang park and took a cable car up a nearby mountain to get a great view of the city below, then we hiked for a couple hours to get to Seokbulsa temple, which has some huge stone Buddha carvings, and to top off the day we also visited Beomeusa Temple. The next morning we were up early and left for Gyoengju City, which compared to everywhere else we have visited in Korea is very small and quiet with a population of only about 300,000 people. It was a nice break from the constant noise, people, and endless stores we have encountered in Seoul, Incheon and Busan. We strolled though a really nice park which contains a number of tombs of kings from as far back as the 6th century. The following day we got in some more hiking as we wandered around Namsan Mountain trying to find different tombs, and Buddha statues; however mostly in vain, because mountain was quite big!. Then we were back on a bus to Incheon. The trip back was a bit frustrating as it was a holiday weekend so traffic was quite bad; and to top it off, even though we bought and had tickets to Incheon Terminal, we were dropped off at Souwan terminal, which required us to get on another bus for about an hour ride into Incheon. 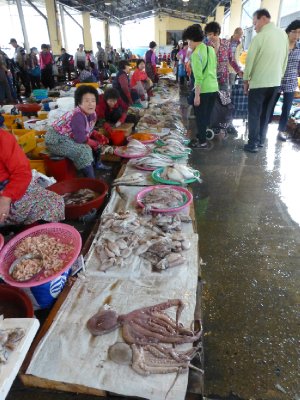 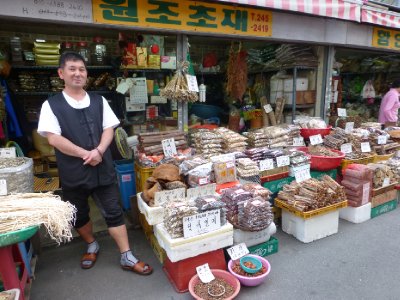 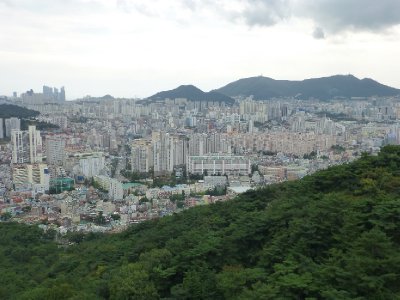 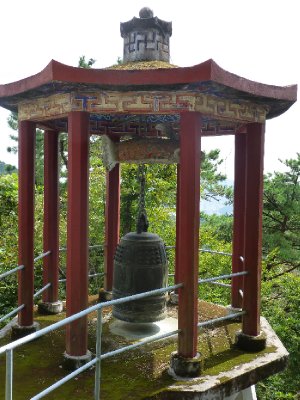 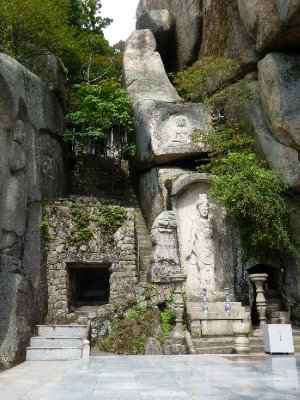 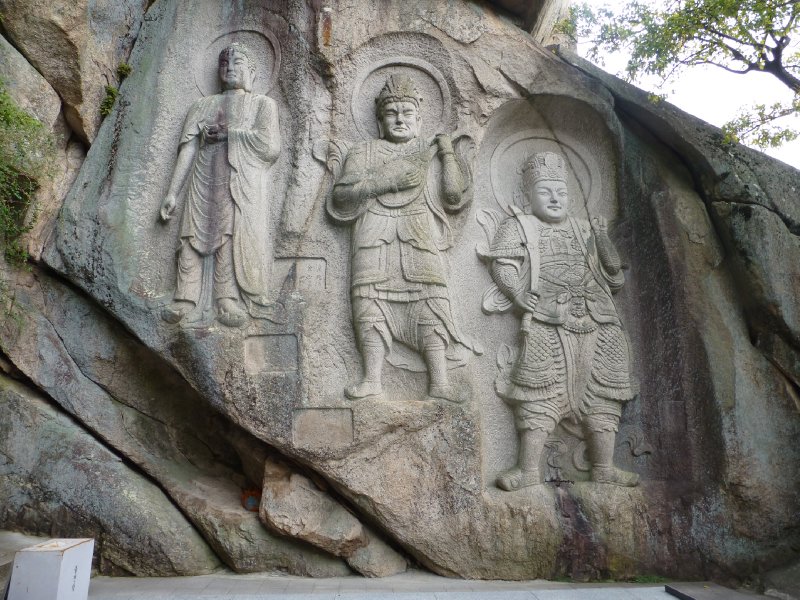 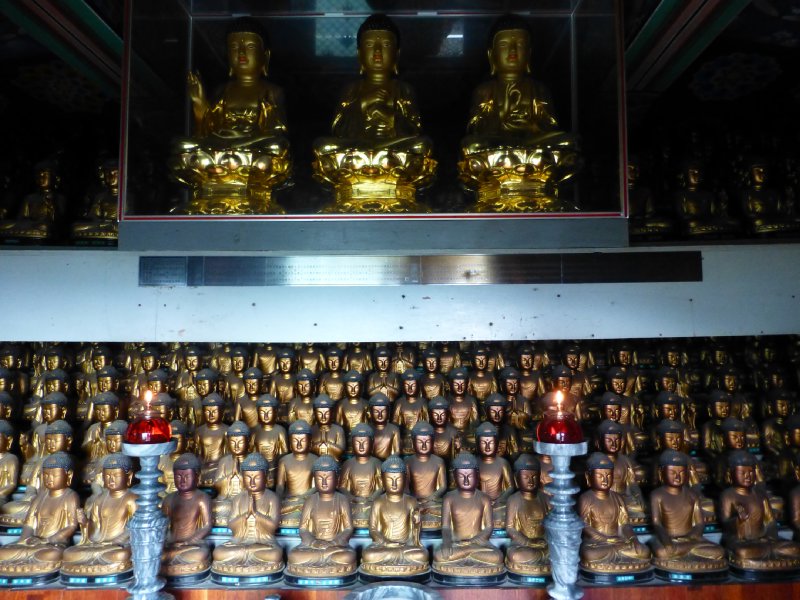 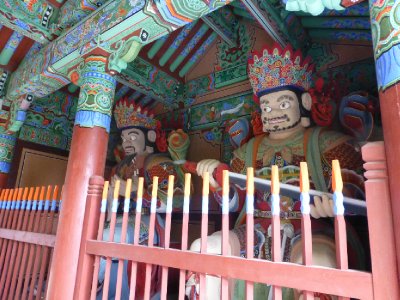 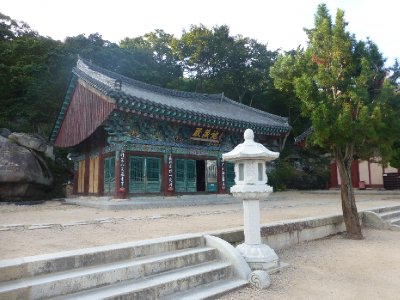 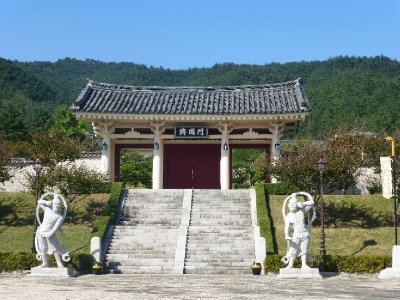 Overall, we have had a good time here in Korea. It was great getting to see an old friend, and we got to experience some purely Korean things. (Anastasia is off right now enjoying the Jimjilbang, a fantastic Korean spa no one should miss) A lot of Korea felt a bit overdeveloped to me with a bit too much shopping, but the people we met were very friendly and kind, and we definitely enjoyed the cuisine and little cultural difference, such as exceptional cleanliness and easiness of commutes. However, I am very excited as I write this because in about 15 hours we head off to Bangkok and then the beautiful beaches of Thailand! 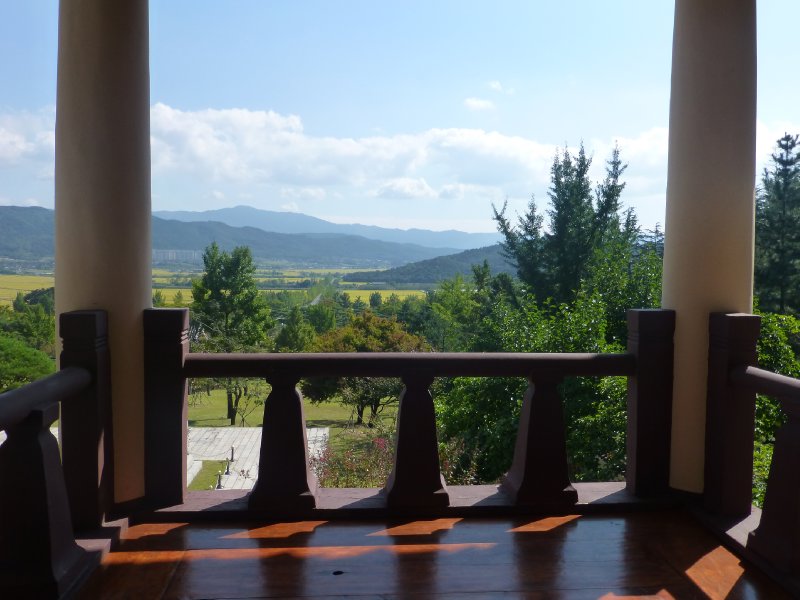 Previous Next Table of contents

I love the asian temples. always colorful with great sculptures

Hi Kids - - I got the site info from your mom and finally sdaw the two of you. What a wonderful trip. It's fun to see you - hopefully in person one of thewe days. I will se your folks Oct. 19 when I go to Michigan for my 60th. (yikes) class reunion. Sorry you won't be back by then. If you return to the U.S. by way of the west cosst, we hope you will come to see us. Love - and be sdafe, Aunt Joanne

Hi Aunt Joanne! It's good to hear from you and I hope you're doing well. I am glad you found our blog. We did hear about your upcoming trip to Michigan, but I don't think we will be back then. But next time we are on the West coast we will definitely stop by to see you.