After a relatively comfortable and relaxing 5 nights on the Trans Siberian Railroad we arrived early in the morning at the station in Ulaanbaatar. We had already booked beds at a local hostel, and they were nice enough to meet us at the train station (Along with a couple other travellers) and drive us back to the hostel. Ulaanbaatar was bigger and more developed than I had expected, and by all the cranes and construction going on constantly, it looks like the city is going to continue to change and grow very quickly. We spent 2 nights in Ulaanbaatar and used most of our time there just wandering around and exploring the city. We visited a Buddhist Temple and we also went to a natural history museum, which was pretty interesting as Mongolia is home to a huge amount of dinosaur fossils. A good part of our second day was spent trying to book a tour or make arrangements to get out into the countryside, as that is the real reason we wanted to see Mongolia. 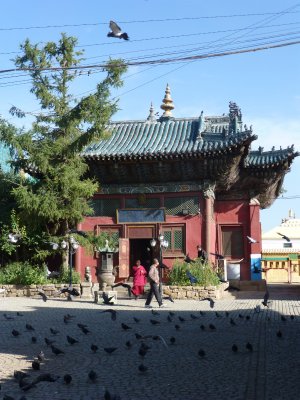 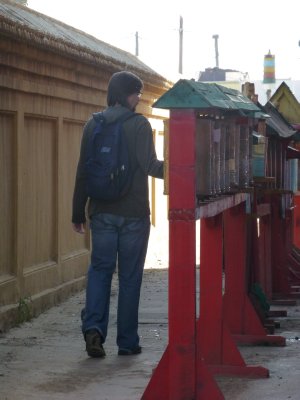 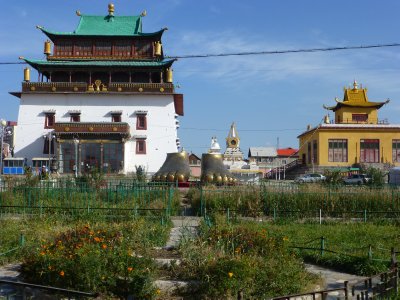 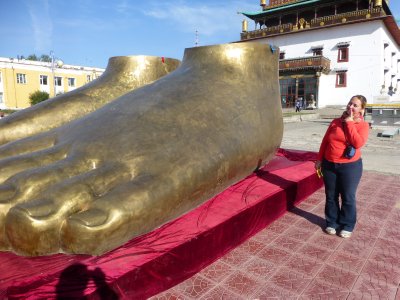 The hostel we had booked, although clean, turned out to be very busy. So much so that it was hard to even walk through the hallway, much less eat breakfast or take a shower. Mainly because of that we decided to look elsewhere to book our tour. We just happened to walk by another hostel, The Golden Gobi, and when we went in we were greeted warmly by the owner, who then took the next 30 minutes discussing with us what we wanted to do in the country and going through all of our options. We only had 9 days left in Mongolia before our flight out to Korea, which really isn't much time to see a lot of Mongolia. However, we decided to take a trip down south to the Gobi desert, it would involve a lot of driving, but we would get to see some interesting sights along the way; in addition to seeing the huge sand dunes of the desert. We made a couple friends who agreed to come along with us, and make the trip cheaper for everyone. We went out to buy some supplies for the trip (Read Vodka) and then turned in early so we would be refreshed and ready to depart the next morning. 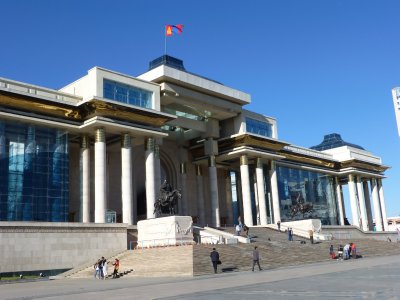 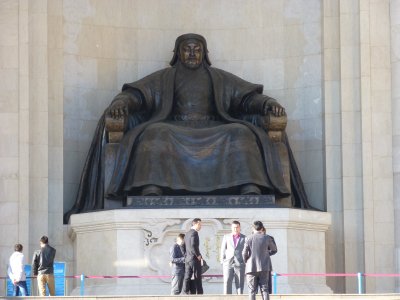 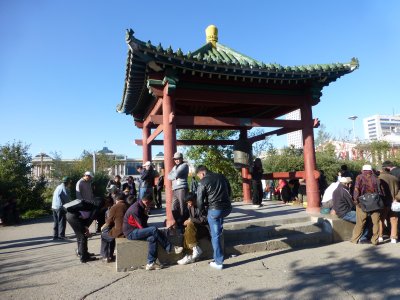 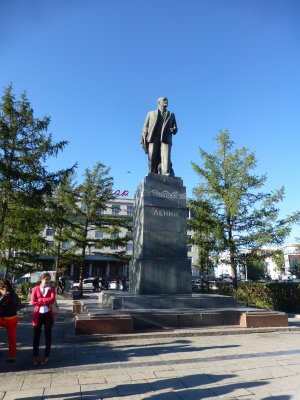 I am not really sure what my expectations were for Mongolia. I guess I thought it would be very remote and a little bit wild. Although it is those things, it turned out to be so much more. The trip was really an adventure, and a good lesson in the culture of the Mongolian people and their nomadic lifestyle. Besides all the amazing landscapes we drove through, from the vast steppes, to mountains, to desert, we also had many new and different experiences. We slept in Gers, camped in the absolute middle of nowhere, herded goats, drank fermented mare's milk and distilled goat's milk (Mongolian vodka, or "sneaky water" as some Russians call it), got to participate in a huge horse branding ceremony and party with about 40 Mongolians all crammed into one Ger (Singing and playing drinking games), and even got to trek through the Gobi Desert on camels. Everyday we tried new things and got to experience a different way of life, and it was made so much better because of the great people we traveled with, including our hilarious driver Ogi and our guide and cook Soko. I now have a lot of new entertaining stories, too many to relay here, and some new good friends. 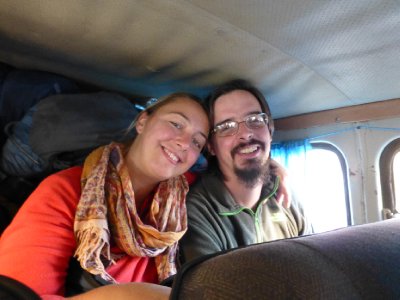 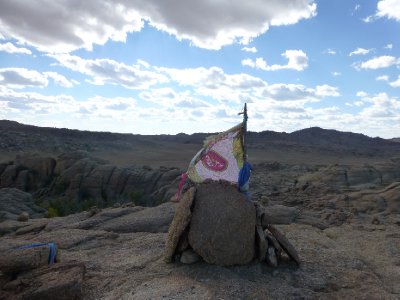 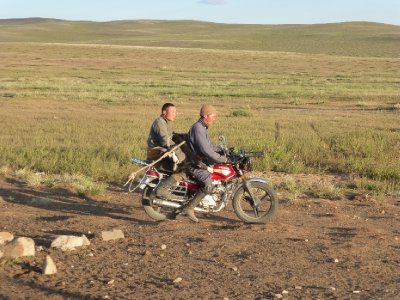 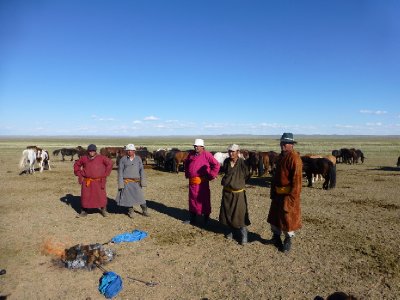 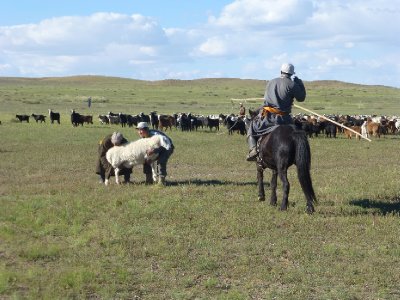 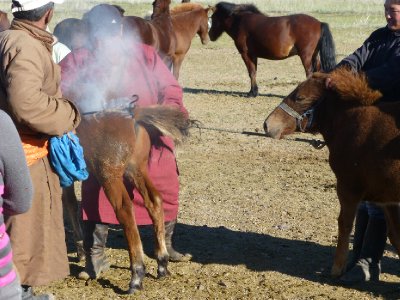 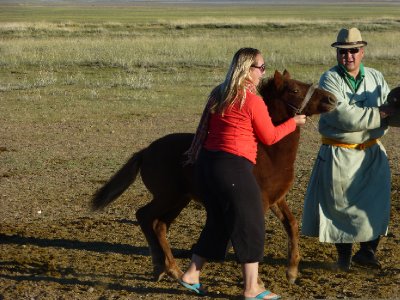 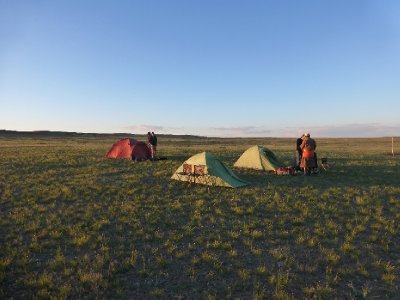 The time we had in Mongolia flew by and I am very glad we decided to visit there. I very much would like to return soon, and I really recommend it as a destination to any adventurous travelers out there. The people we met, both locals and travelers, were some of the most interesting people I have met anywhere. Shout out to our new friends: Belgian Bros (We hope you are home safely and enjoying Mcdonnie and Vietnamese Lumpias), Party Bo (Missing you in Korea! We hope you found new shoes to replace the burned ones

, Wild Child (Take care of yourself and hold on to your passport in Russia!) and, of course, the constant source of entertainment Andrea (Travel safe and don't miss your IPod cord - I got it...) 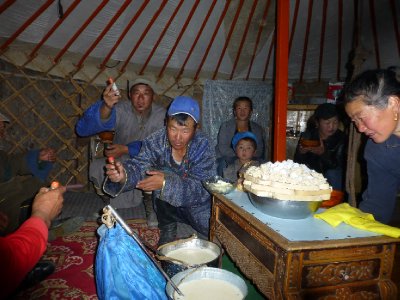 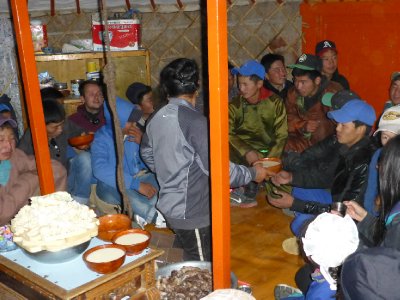 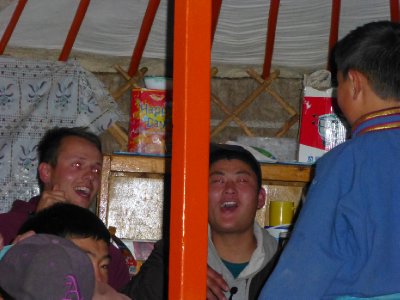 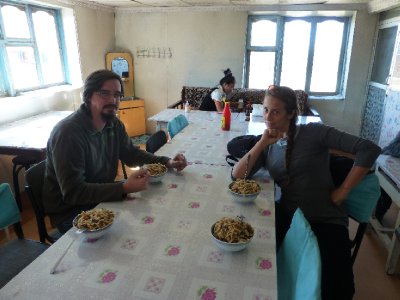 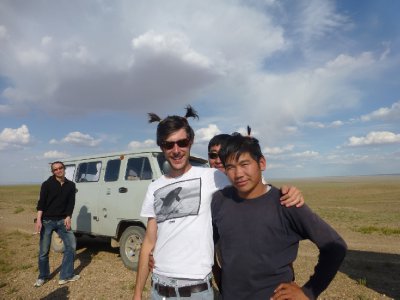 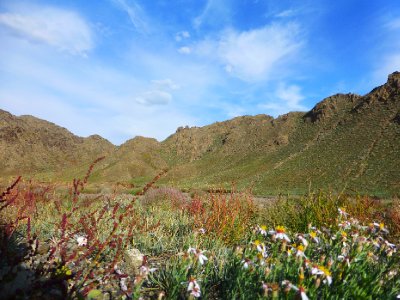 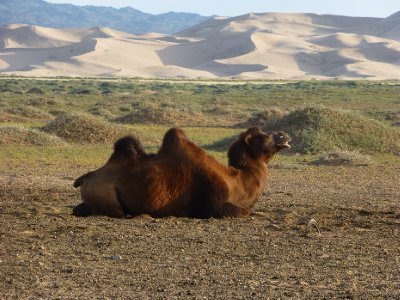 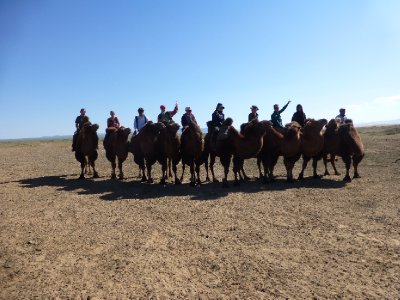 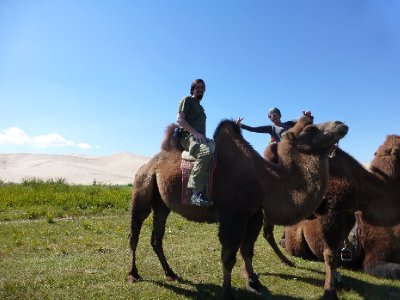 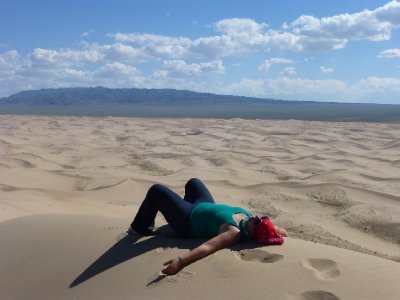 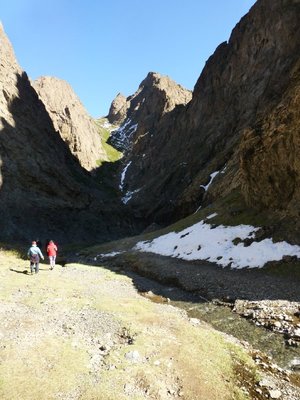 Posted by Drifters 20:46 Archived in Mongolia

Previous Next Table of contents

As I read your stories I realized that what your doing is a must for me. I enjoy traveling as much as you guys do. At least I will have you guys to ask questions lol. Reading your mongolian experience makes me feel like I was there. Good luck to the both of ya keep writing!

Thanks for your comment, and we would always be happy to answer any questions you have. Just start saving your money!

Gawd I miss you guys!! Love the blog and thanks for the shout out! Good luck in Cambodia Bobby and Tina!!!

Hey Andrea, we miss you too. You definitely should have come to Thailand with us! But I guess we will just have to see you in Canada sometime. By the way Anastasia did talk to Bo yesterday and he is still partying.